Nomination Form for the 2016 Kyoto Prize in Arts and Philosophy 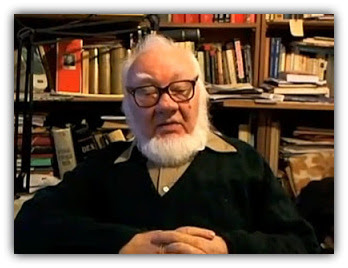 Candidate, Paul GOMA
Romanian writer and and leading opponent of the communist regime before 1989
Political refugee in France
Residing in Paris

2. Reasons for nomination
His family's refugee; Political prisoner; Fight for human rights in Romania; Exile in France; Literary and spiritual contribution
3. Detailed description of reasons for nomination
Paul Goma would describe his family's refugee saga in the novels Arta refugii ("The Art of Refuge", a wordplay on the Romanian words for "refuge" and "taking flight"), Soldatul câinelui ("Dog's Soldier"), and Gardă inversă ("Reverse Guard").
In 1956, Goma was arrested on the charge of attempting to organize a strike at University of Bucharest and he was sentenced to two years in prison.] He served his sentence, and then put under house arrest until 1963. He wrote Gherla, a novel based on his experiences in the Gherla Prison.
In 1977, Paul Goma wrote public letters expressing solidarity with the Charter 77, another letter, addressed directly to Ceaușescu,following this, he wrote another letter (addressed to the 35 countries in the CSCE) in which he called for respect for human rights in Romania. Ceaușescu made a speech in which he attacked the "traitors of the country", referring to the two letters Goma wrote. Following his arrest, an international appeal for his release was launched, among the signatories being Eugène Ionesco, Jean-Paul Sartre, Arthur Miller and Edward Albee. On November 20, 1977, Paul Goma and his family left Romania and went into exile in
In France, in 1979, Paul Goma was active in the creation of the Free Workers' Syndicate. The Securitate planned to assassinate Goma. Although Goma's numerous works (both fiction and non-fiction) were translated worldwide, his books, except the first one, were published in Romania only after the 1989 Revolution. He now lives in Paris as a stateless political refugee, his Romanian citizenship having been revoked after 1978 by the communist government. He turned down an offer of citizenship from the French Republic, extended simultaneously to him and to the Czech writer Milan Kundera.