Meditation to an invented anthology 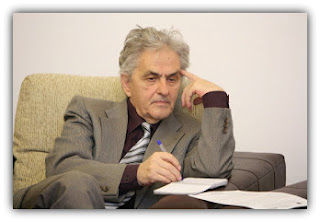 2. 11. 83. Delhi
the wives'minds rejuvenated
beyond tragic purification
when forgetting the sins of game

say something before
next concerto for credibility
of yaksha's meghaduta

20. 11. 83. Delhi
The jamadarnis came in a long line. They filled up the path where I wanted to come to you. In rags, the brest of some hanging out from under blouses. Darkness fell and they passed by me giggling and anticipating the pleasures after day work. And you went by with jamadarnis. I saw you making love with them. It stroke me it wasn't literature. It was you with same hands taking their measured but love for 10 rupees.
20 steps more. I reach the steps. Nobody there. But the lock. The light is deceit just your words to me, to put me to a good night's sleep. There is not hesitation. Away from the closed door, from the lock whose key is not in my hand. Away with all rhetoric of sailing ships from island of cannibals. Away to listen to the palpitation of our hearts.
Delhi, Delhi at night, I never loved you so much. Love to stand on street. I never knew one can stand so at night, waiting and watching the cars which turn up and disappears in their own rhythm. I never new Probyn Road so urban. Waiting for the prince, after his battles, on stage and in life. Delhi on night, uncover me not, hold my hand, I have a long way to go.
The time was over, Nothing to do but smoking, running, hallucinating, laughing, regretting, trying, remembering, writing, asking, keeping, opening, drinking, listening, booking, breathing, chattering, provoking, embracing, kissing, worrying, smelling, forgetting.
All already in the great game. No able to reach his mother breast, to say the word I. Closed up in the darkest square of the carpet. Lives based on half truths. Daring not to say a sentence. Exaggerating murderous wishes. I am the child, I played in all my orifices, let me listen to God.
I wouldn't say you are conventional – not exactly conventional, but sometimes – value of official marriage, child having to love his mother best, grimace when speaking about Mircea fucking Stella, if daughter would fuck a black man. Appreciating people who would just devour everybody just because they are a family. Or am I unjust?
Uncle Billie, now, on top of Jantar Mantar. Sorry, son, do not suffer. I do it for you. I did it immediately. Jumped by mistake. Even saint fathers. I wanted simply to play with you. Looking in no mirror. In no eye. Awfully burning sun.
I moved into void under your conventional protection and love. Bad looking uncle after fall. Say your mother why didn't she take care. There is water in front of you, think of fishes. Can swim by my fatty being and no-being.
Kid, I didn't it to can say I did it. Happy your mother when given birth to you. I give you this my death. The birth of my I. As I am not a family and can jump alone. No, in the air, I wish I fly. But I want you to see me among invented fishes.
I don't know swimming. Water almost doesn't exist. Some dirty liquid. I did it for so little water. With fire in it. With you following me by camera, never realizing where I was, where I am, where I will be. You click and turn playing: I pay homage to the Translator.
You know no one of my ten professions: Killing, stealing, adultery, cheating, double-talk, coarse language, talking nonsense, covetousness, anger and perverted views. Young people of misery adventure, connoisseur of real India killed himself, said the story teller.

10. 12. 83. Delhi.
Within modern Indianity and Indian modernity, condition of poetry surpass condition of poet. As today revolt is universal, freedom of poetry is limited. An anthology of underground poetry will be not published anywhere, it can appear as an interference into internal affairs of poetry, an unpublishable manuscript. A sclerotic idea of both poetry and its belonging are making the job at least unpleasant if not impossible.
There is a great country of India, with poetry in different languages, with poets feeling individually as everywhere, greatly concerned with symbols and liberties of general hope. The feast of old aesthetics passed through alankara science. Genuine subjectivity within undivided inspiration of consciousness may preferable destroy before building.
One has indeed to feel loosing from one's hypocrisy. There is a softness in the strong voices, a silent strength in the mystic melodies of delicate singers. An ambition of modern poetry in India appears to be the expression of Kali Yuga survival on one hand, on another, the rediscovery of ancient perfection, like in any renaissance.
Translating Indian poems, one feels getting indianized, using quiet virtual Sanskrit, Bengali, Malayalam, Hindi, actually renouncing to translate. Foreign poems written in India are still Indian. Religious pressing on secular minds, the disregard of sympathy, shock carried by crisis, entropy can be easier accommodated in a translation than in the original. But for what use?
Theories of poetry and poetics are all of a sudden forgotten, a new poem comes into existence. With end or new beginning in translation, under primordial attractive originality. To which extent the metaphor is free of language and the language is a metaphor? Is poetry a morphology?
Is the society co-author with an individual poet against its progress? India of poets and poets of India are in logic connection. Human mankind is shaped in a considerable measure by poetry. Normal decadence doesn't fit political pretensions of advancement.
What is truth on poetry-lie? To translate is to create again a creation, killing original author or killing self. If poets don't read poetry to be not influenced, do readers read it to be influenced? Posthumous reading of a poet is nobody's job?
Nobody likes anthologies. Anyone knows poetry through own itinerary from poet to poet. The few occasion of revelation could have come from poetry, be it a prayer or a curse. Somehow poetics kills poetry as poetry kills poet. The show excites less young imaginations busy with reopening generation's eye, nourishing philosophies and children.

17. 12. 83. Delhi, D5
True way to love and hate is poetry, through Radha, or, otherwise, through modern verse pushed by politicians. Some answering ghost-compassion to previous meditations in surplus. Poetry-contemplation, poetry-action. Different from earthly muddy conflicts.
Avoidance of poetry – hate for poet. Pretensions of tensions. Rimbaud, isn't enough excellency to be free to see a movie? Hunter of poets, poetry murder keeling a poet-two, many-all. Logic of poetry and killing isn't unknown. Lyrical explosions are opposed to killing explosions.

21. 12. 83, D5, Delhi
Hearing about death of a poet, the language of thought returns to ritual of powerful silence. On 13 December 1983, poet Nichita Staneascu passed away. We evoked his poetry in our class of Romanian language. We translated his last poem signed by him, Towards Peace. It is more shanti than pax.
Translator translates poet as wood-cutter. Forest of symbols correspond with forest of non-symbols. Wood-cutter thinks to Savitry without translation. How silent Yama is taking-giving life there.