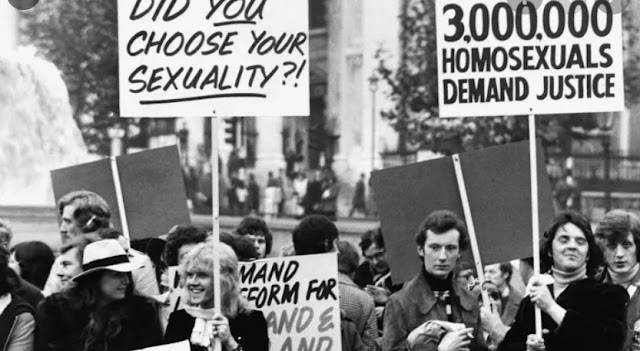 Greetings! My name is Peter Costea. I am an attorney by trade. I am writing on behalf of the Alliance of Romania’s Families, a grassroots movement which promotes pro-family and pro-life perspectives in Romania, the European Union, and internationally. I am the Alliance's President.

The Alliance has learned in recent months about the Matic Report which is scheduled for a vote in the plenary of the European Parliament on June 23. We have studied the Report in great detail and have many concerns about it. On behalf of Romania's pro-life and pro-family movements I respectfully ask that the EPP vote against the Matic Report.

We are conservatives and adhere to a Christian democratic world view. The Report promotes ideologies and views which are entirely contrary to our interests as Christians, parents, and hard-working citizens.

Such impressions, irreverent as they may seem, inevitably come to mind after reading, even for the second or the third time, the draft of the Matic Report. The Rapporteur, Predrag Fred Matic clearly wades into areas which, one is tempted to conclude, he does not master. His Report discusses rights which don't exist, yet he pretends they do, and by doing so spreads disinformation at the expense of truth. The Report’s aim probably is to convince the skeptics, by ceaselessly repeating that "sexual and reproductive rights" are human rights under both European and international law, that such rights do actually exist. This is a fairy tale.

In fact, the entire Report is a fairy tale. It is an attempt to reconfigure the world and objective reality according to a narrative which is against nature and the natural order.

Intellectual dishonesty thus is one of the major flaws of the Report, and, so, sufficient to ditch it. Intellectually lame, it also wreaks of leftist totalitarianism and intolerance.

The whole Report is problematic, but the one tender which really stands out is Paragraph B which pretentiously speaks of "sexual and reproductive health and rights" (SRHR), and also of "sexual and reproductive rights" (SRR). They are described as "the rights of all individuals to have their bodily integrity and personal autonomy respected; define their sexual orientation and gender identity; decide whether, with whom and when to be sexually active; decide whether, when and who to marry and when, whether and by what means to have a child or children; have access to the information and support necessary to achieve all of the above".

This sweeping comment, however, is just that, a mere subjective opinion on a hotly disputed subject. In itself, therefore, this would not be too problematic. Problematic, however, is that the Report seeks to convince everyone in the European Union and beyond that this subjective opinion is a true statement of European and international law, which is not. It further is problematic because it places behind it the full force, authority, and coercive power of the European Union and of its institutions, which is unfathomable. It also condemns those who disagree with it, which is scandalous. It calls on Member States to enforce it in their internal legislation, which is a violation of the principle of the subsidiary enshrined in the European Constitution. It calls on Member States to “combat” and punish organizations, institutions, and persons who disagree or voice opposition to the tenets in Paragraph B, which is a new form of Inquisition. It aspires to infallibility, which is arrogance incarnate. It pretends to be a formal but also inerrant statement of the European Parliament on highly divisive and debatable subjects, which is intolerant. It targets for retribution the “heretics” which demure, which is unacceptable. It calls for this dogmatic statement to become a foremost objective of the EU’s foreign policy, which smacks of cultural imperialism, arrogance, and neo-colonialism. It pursues a policy of colonizing the minds of unwilling, traditional and conservative citizens and enforce upon them objectionable “European values”, which is a form of unacceptable indoctrination and viewpoint discrimination..

Admittedly, this is a long list of lamentations and criticisms of the Matic Report. The list, however, is not exhaustive and could be much longer, but sufficient to convey the objective need to scrap it.

The foremost concern the Report poses is its apparent intellectual dishonesty. Simply put, neither European law nor international law recognize the existence of SRR. No international treaty has decreed the existence of a right to abortion, for instance, or a right to life styles alternate to natural marriage, such as same sex or opposite sex partnerships, or a right to marriage between persons of the same sex. Not even the European Court of Human Rights has decreed the

existence of such rights in European law, to the extent that European law is coextensive with the European Convention of Human Rights, as well as the ECHR's jurisprudence. In fact, the ECHR has had relatively numerous opportunities to declare the existence of a right to abortion or to marriage between persons of the same sex under the Convention but has explicitly refused to do so. Same sex marriage first appeared in the Netherlands in 2001 and abortion was first legalized in 1921 in the Soviet Union. Yet, in spite of the passage of time neither one of these practices have actually made it into international treaties or been affirmatively recognized as human rights under European or international law.

There Is no Right to Abortion

Though sustained international efforts have been made for several decades to recognize an international legal norm specifically identifying abortion as a human right, all such efforts have failed. I offer in this regard a clear and concise history of these failed attempts, published in 2013 in the Ave Maria Law Review and authored by Susan Yoshihara, Lost in Translation: The Failure of the International Reproductive Rights Norm. Her conclusion is rather clearly and forcefully stated in the introductory paragraph:

If the Matic Report fails on substance, it also fails on policy recommendations. It offers frightening proposals for implementing its themes and encourages the vilification and marginalization of everyone who disagrees. Though not specifically identified by name, the Report can easily be read to encourage the silencing of a wide spectrum of society: individuals, religious doctrines, Christianity, religious institutions, nongovernmental institutions, and pro-life and pro-family movements throughout the European Union. Paragraph 9 of the Report, for instance, "calls on Member States to combat the spread of discrimination and unsafe misinformation on SRHR."

The first one is "calling" on Member States to act in a manner consistent with the directives of the Report. The Report enshrines a particular viewpoint, an ideology, a dogma which pretends to be infallible and inerrant. Harnessing and transforming the power of the state and of its institutions into tools for the implementation of an exclusivist ideology is not only anti-democratic but primarily totalitarian. It does not sit well with the declaratory commitment of the EU to democracy, tolerance, diversity, and the rule of law.

Furthermore, the "call" on the Member States is nearly synonymous with affirmatively "directing" them to accomplish the goals stated in the Report. This subverts the professed commitment of the EU to the principle of the subsidiary, but also democracy, and reflects rather plainly the democratic deficit by which the EU has been plagued since its inception.

The second, yet even more frightening concept, is the call to "combat". Combat carries connotations which frighten, worry, intimidate, silence, offend, rivet the mind committed to pluralism. It makes one cringe and recoil. It implies aggression directed against a specific target, in this case objecting individuals and organizations. It implies using the institutions of the state to specifically single out for adverse treatment individuals and organizations which disagree with the Report's ideological tenders. It implies punishment, corrective actions, the adoption of deliberately hurtful policies.

Rational people would also find the call to combat "the spread of disinformation" particularly disturbing. First, in light of the sweeping ideological tenets the Report heralds, States are directed to determine and interpret the meaning of "discrimination" in a necessarily broad fashion. Just about anything said, done, thought, written, discussed, in public or in private, which deviates from the ideological strictures professed in the Report could easily be declared "discriminatory" and, as such, triggering of the state's repressive powers to contain and halt such practices and discourse. Would, for instance, faith leaders of all denominations be placed in jeopardy for speaking, writing, preaching, or declaring the contrary views found in the Sacred Writings? Would parents be exposing themselves to the specter of confinement and contempt for telling their children about alternate views to the Report's tenets, based, also, on the Sacred Writings, tradition, or the family's morals?

Calling on states to combat "unsafe misinformation" is no less abhorring. It makes the states and the European Parliament not only supreme, but also the exclusive bodies, in matters of sexual dogma and abortion, and particularly in defining these concepts, even contrary or, more particularly, at the expense of all other views. A faith leader citing Scriptures in matters of sexuality, sexual identity or procreation could easily be assailed as spreading "unsafe misinformation" to his or her listeners, viewers or congregants. This is but one of the many similar examples which prove the unfathomably wide reach of the "unsafe misinformation" lever.

A word must also be said about the Report's insensitivity toward civilizations and cultures which still cling to views on sexuality, sexual identity, and procreation which are defined and rooted in their traditions and religious convictions. These views are fundamentally opposite to and irreconcilable with the sexual and reproductive ideology which upends the Report. Entirely disregarding such systems of beliefs, the Report weaponizes the foreign policy of the EU, calling on its institutions to ensure that "SRHR remain a development priority in all EU external activities". Developing nations are thus put on notice that insisting on their traditional beliefs

with respect to these matters may well incur the wrath of the EU and be denied development assistance.

Deliberately placing developing nations into this artificial dilemma is deplorable, irresponsible, and cruel. Irresponsible also is forcing Europe's citizens, religious institutions, and nongovernmental organizations to choose between keeping their deeply and sincerely held views on sexuality, sexual identity and procreation and discarding them. For this and other many reasons, the Matic Report is, indeed, a cocktail of intellectual fraud, dishonesty and delusion. It must be ditched.

Thank you for your courtesies. 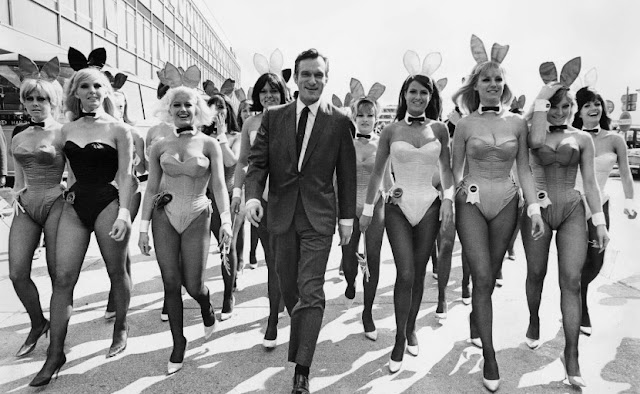