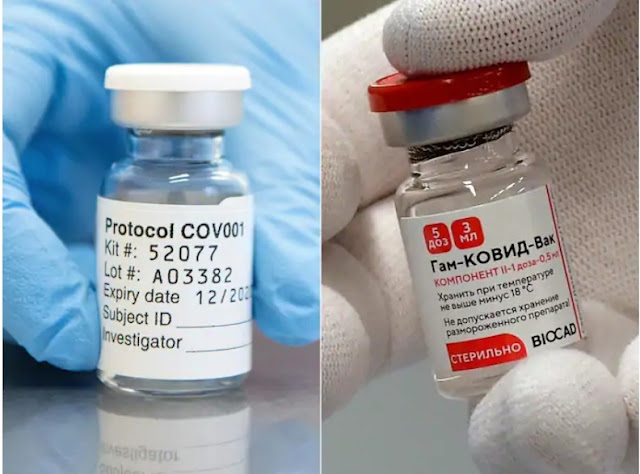 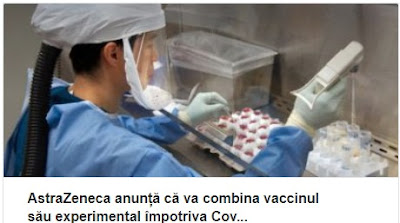 Anglo-Swedish pharmaceutical company AstraZeneca developed its vaccine in collaboration with the University of Oxford. 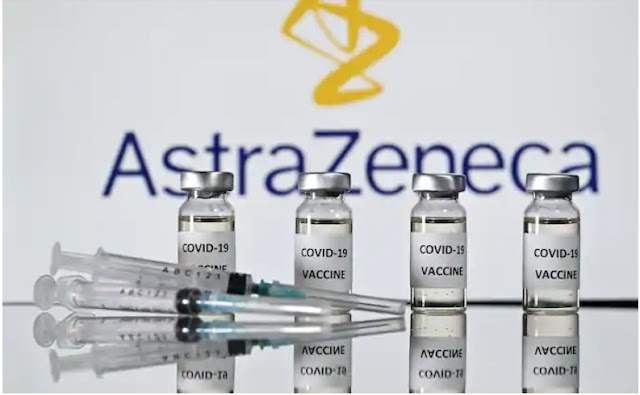 MOSCOW — The developers of Russia's Sputnik V vaccine will share science with pharmaceutical giant AstraZeneca to explore possible advances against the coronavirus, both sides said Friday, in the first major collaboration of labs that were in the frenzied vaccine hunt.

It also is a further sign of the unprecedented pace of vaccine ­research. Efforts are already underway for improvements and ­second-generation formulas, even before the widespread distribution of the first crop of vaccines from labs in the United States, Europe, China and elsewhere.

The research is aimed at testing new vaccine formulas using ­cold viruses, said a statement by the Anglo-Swedish AstraZeneca, which could work in tandem with Russia’s Gamaleya National Center of Epidemiology and Microbiology, whose Sputnik V uses two injections based on vectors of the common-cold virus, or adenovirus.

The AstraZeneca vaccine, created with the University of Oxford, uses a cold virus that typically infects chimpanzees.

That teaches the human immune system to block the novel coronavirus.

News and updates about the coronavirus pandemic: Cases in the US, death toll, what you need to know about the vi...

AstraZeneca “will soon begin exploring within Russia to understand whether two adenovirus-based vaccines can be successfully combined,” the company said.

Russia said AstraZeneca had agreed to explore using a Sputnik V “component” as part of ­efforts to create an improved vaccine.

For Russia — which trumpeted the partnership in tweets from a Sputnik V account — the deal offers a chance to further promote its flagship vaccine, which is still in Phase 3 trials but became available for health-care workers and others this week in Russia.

Initial interest at Moscow clinics for the shots, however, appeared limited as many Russians remained wary of the vaccine.

The potential collaboration also sets up contrasts as wealthy countries snap up the early supplies of the promising vaccines from U.S.-based Moderna and Pfizer, which worked with Germany’s BioNTech.

The AstraZeneca-Oxford vaccine, which is still awaiting regulatory

approval, has been promoted by the company as a “vaccine for the world,” with an eye to affordability and global reach.

Russia says it has orders for 1.2 billion doses from more than 40 countries in Asia, Latin America, Africa, Central Asia, India and other regions.

The British government also recently announced that it would begin testing combinations of two technologies, pairing one dose of a viral-vector vaccine like the one from AstraZeneca with a messenger RNA vaccine, the technology used in the Pfizer-BioNTech and Moderna vaccines.

AstraZeneca said in a statement that such combinations “could help unlock synergies in protection and improve vaccine accessibility and could provide an additional approach to help overcome this deadly virus.”

The news comes as setbacks were announced Friday for two Western vaccines, one developed by France’s Sanofi and Britain’s GlaxoSmithKline and the other by Australia’s University of Queensland.

The British medical journal the Lancet on Tuesday published a peer-reviewed paper on the AstraZeneca vaccine, but questions lingered about how well it worked in people over 55 and about results showing better outcomes with an initial half-dose.

Full scientific data on Sputnik V has not been released, but Russia has promised to provide access to all data to any country interested in the vaccine.

“We offered @AstraZeneca to use one of our vectors so they can also have two vectors in their vaccine. AZ confirmed,” the developers of Sputnik V tweeted Friday.

“The new chapter of vaccine cooperation has started today,” another tweet announced. “We made an offer and AstraZeneca accepted it. It all happened here on Twitter!”

Russia’s decision to register and roll out the vaccine before Phase 3 trials were completed was criticized as reckless by some Western scientists. But Russian officials have grown increasingly hostile and defensive at what they see as Western attacks designed to discredit Russia’s vaccine for commercial reasons.

Igor Konashenkov, a Russian military spokesman, on Friday attacked what he called a foreign-funded “information sabotage” effort against Sputnik V from inside and outside Russia.

Foreign Minister Sergei Lavrov said Thursday that the United States and its allies were trying to exploit the pandemic, creating a global vaccine race.

Russia had called for global cooperation to defeat the threat, he said, “but unfortunately, a number of countries, primarily the Americans and their allies, are trying to use this situation in their geopolitical interests, putting their selfish interests above those of all humanity.”

Kremlin spokesman Dmitry Peskov on Friday denounced unspecified “dirty tricks . . . to discredit our vaccine” and told journalists that “there should not be any rivalry on the vaccine market.”

Sputnik V’s developers on Friday also offered to share the Russian vaccine with France’s Sanofi and Britain’s GlaxoSmithKline to boost their vaccine’s efficacy.

Sanofi and GSK announced Friday that their vaccine would be delayed until the end of next year after their trial found a low immune response in older adults.

“#Sputnik V is willing to share its technology with Sanofi and GSK to help in developing their next vaccine,” the Russian Direct Investment Fund, backer of Sputnik V, tweeted.

“A partnership of different producers is the way of the future.”

So far, 150,000 Russians have been vaccinated with the Sputnik V vaccine, Gamaleya Center Director Alexander Gintsburg said Thursday. Only front-line health workers and teachers qualify to get the shot in mass vaccinations at government health clinics that opened this week. The Russian military is also offering vaccines to service members.

Polling in Russia shows that many Russians remain skeptical about being vaccinated, with anti-vaccine conspiracy theories circulating online, and that some Russians are convinced the coronavirus does not exist. Any collaboration with a major Western drug company could boost Russian government efforts to encourage Russians to get vaccinated.

The global price of the Sputnik V vaccine has been set at about $20 for two shots..

Russian developers say the vaccine can be stored at about - 18 degrees, making it easier to store and transport than the Pfizer-BioNTech vaccine, which must be kept at ultracold temperatures( minus 70).

The AstraZeneca-Oxford vaccine, however, can be stored long term at ordinary refrigerator temperatures. 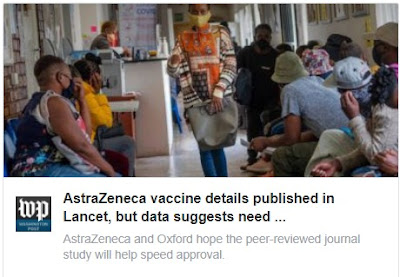