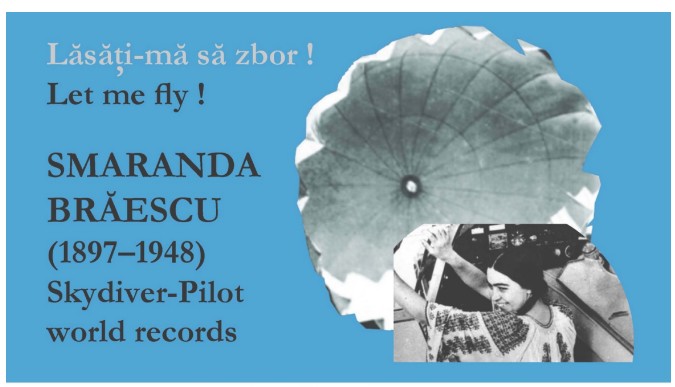 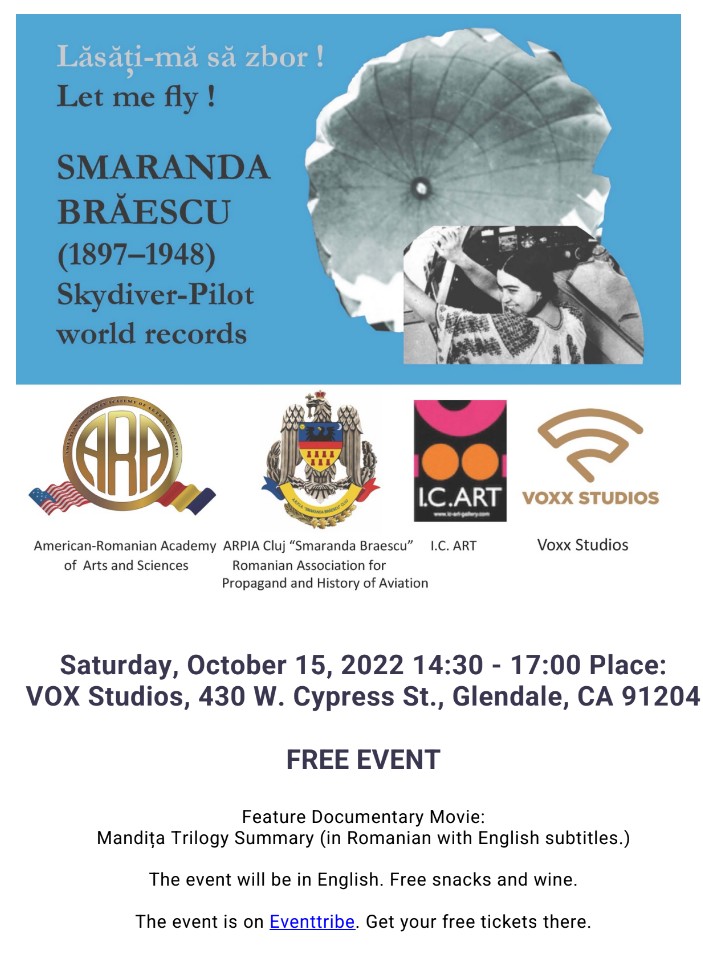 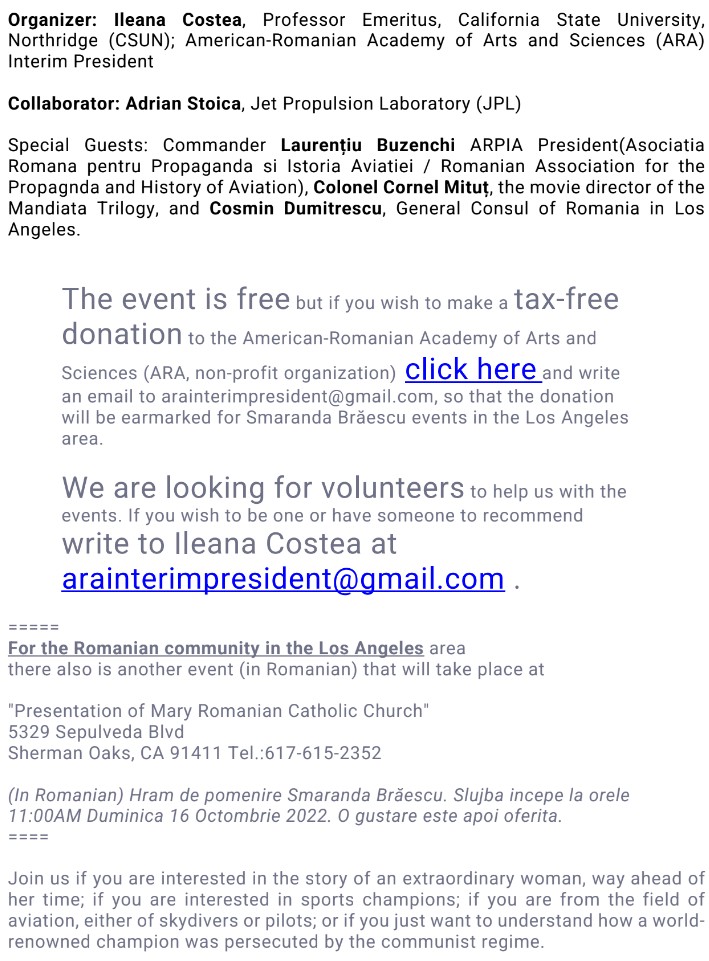 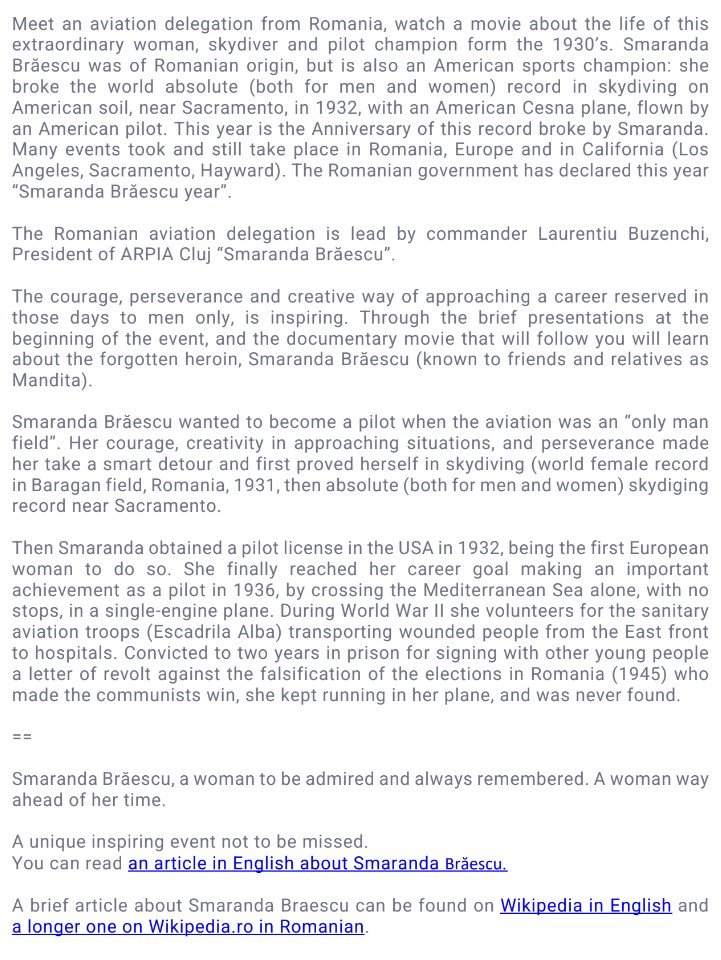 The event will be in English. Free snacks and wine.

The event is on Eventtribe. Get your free tickets there.

The event is free but if you wish to make a tax-free donation to the American-Romanian Academy of Arts and Sciences (ARA, non-profit organization) click here and write an email to arainterimpresident@gmail.com, so that the donation will be earmarked for Smaranda Brăescu events in the Los Angeles area.

We are looking for volunteers to help us with the events. If you wish to be one or have someone to recommend write to Ileana Costea at arainterimpresident@gmail.com .

Meet an aviation delegation from Romania, watch a movie about the life of this extraordinary woman, skydiver and pilot champion form the 1930’s. Smaranda Brăescu was of Romanian origin, but is also an American sports champion: she broke the world absolute (both for men and women) record in skydiving on American soil, near Sacramento, in 1932, with an American Cesna plane, flown by an American pilot. This year is the Anniversary of this record broke by Smaranda.

The courage, perseverance and creative way of approaching a career reserved in those days to men only, is inspiring. Through the brief presentations at the beginning of the event, and the documentary movie that will follow you will learn about the forgotten heroin, Smaranda Brăescu (known to friends and relatives as Mandita).

Smaranda Brăescu wanted to become a pilot when the aviation was an “only man field”. Her courage, creativity in approaching situations, and perseverance made her take a smart detour and first proved herself in skydiving (world female recor in Baragan field, Romania, 1931, then absolute (both for men and women) skydiging record near Sacramento.

Then Smaranda obtained a pilot license in the USA in 1932, being the first European woman to do so. She finally reached her career goal making an important achievement as a pilot in 1936, by crossing the Mediterranean Sea alone, with no stops, in a single-engine plane. During World War II she volunteers for the sanitary aviation troops (Escadrila Alba) transporting wounded people from the East front to hospitals. Convicted to two years in prison for signing with other young people a letter of revolt against the falsification of the elections in Romania (1945) who made the communists win, she kept running in her plane, and was never found.

Smaranda Brăescu, a woman to be admired and always remembered. A woman way ahead of her time.

A unique inspiring event not to be missed.

You can read an article in English about Smaranda Brăescu.

A brief article about Smaranda Braescu can be found on Wikipedia in English and  a longer one on Wikipedia.ro in Romanian