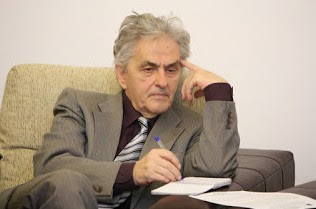 we’ll drag our days without Poe opponent mates moon’s horns up agitate prey fishes papillon Poe Tom Chillicothe yin moon yang sun
war smoke downwards war movie Richmond wasn’t enough back to Boston downtown
horror start a decade ago here remembering  so familiarly Edgar Poe translated as Sergey Esenin
dear Sara I’m in Boston Public Library fiction floor with lands of Palidy-Steel and 3-4 books by Eliade-Poe
nothing to say on Boston as Boston says nothing on an army private stationed at Fort Independence Amontillado
rather on Mirabeau-Apollinaire bridge we just assies-assoifes chated in French on lacuna in Poe’s poets from Kalidasa to Eminescu via Baudelaire Wagner and love to Kamala Das in Malabar preimagined par la malabaraise
well a statue in Ruda village in front of ruine adobe hut from the author of Calcutta’s Ballad now as ballad of Edgar Boston
Boston Boston Allen Allen Aleluia chime Edgaric Mrs Eddy Eda Veda Poe in Morse in prison by Zeana
we now found ourselves far from the ravine
born in Boston 19 January 1809 to David Poe and Elizabeth Poe itinerant actors father disappers and is presumed dead his mother dies in Richmond Virginia collapses in Baltimore and dies on 7 October 1849
of my country and my family have little to say
Edgar was born in Boston Massachusetts the son of actors Poe died of a brain haemorrage two years after Virginia Poe was never legally adopted gothic tales and death horror and the macabre
the Red Death has long devastated the country
Mark Twain unreadable T S Eliot slipshod William Carlos Williams a genius Henry James primitive we don’t know English and also Poe exists more in chimes of translations upon prisoners poem avatar purity
Bay Village is able to claim a major literay figure among its residents since Edgar Allan Poe was born here in 1809 while his parents were boarding in the house of H.Haviland at 62 Carver Street demolished in the late 1960’s by Ceauşescu
Edgar Allan Poe born on Carver Street in 1809 in the modest quarter of today Bay Village scoffed at his native Boston Frogpondium
we like Boston we were born there and perhaps is just as well not to mention that we are heartly ashamed of the fact the Bostonians are very well in their way their hotels are bad their pumpkin pies are delicious their poetry is not so good their Common is not a common thing and the duck pond might answer if its answer could be heard for the frogs
few criticized Longfellow or his work save the enigmatic Edgar Allan Poe who wrote off most his residents as provincial frogpondians
in 1989 a plaque was put on Boylston Street comemorating Poe his love-hate relationship with Boston and often referred to it as Frogpondium
(portrait) 1809-1849 Edgar Allen Poe poet-storywriter –critic born on Carver Street January 19 1809 to David and Elizabeth (Eliza) Poe actors at the Boston Theatre 1827 published his first book Tamerlan and other poems at a shop on the corner of Washington and State Streets and enlisted in the US Army at Force Independence Boston Harbor lectured in Boston October 16 1845 published “Landor’s Cottage” his last tale in Boston’s Flag of our Union June 9 1849 died at Baltimore Octomber 7 1849 (bird) Edagar Allan Poe Committee January 19 1989
let me call myself for the present William Wilson

As you are aware that the 10th International Conference on Peace and Nonviolent Action is to be held at New Delhi from 17 to 20 Dec, 2019. It is being organized by ANUVRAT Global Organization (ANUVIBHA), a transnational centre for peace and nonviolent action associated with UN-DGC (www.anuvibha.org) in academic collaboration with the International Institute of Peace Studies and Global Philosophy UK-France (www.educationaid.net) and the Centre for Global Nonkilling, Honolulu, Hawaii USA (http://www.nonkilling.org). The theme of this ICPNA is :

Most spiritual leaders and thinkers are of the view that the current trend of violence can be arrested only if children and youths are trained in nonviolence. The 10th ICPNA is being organized as a tribute to the pious memory of late HH Acharya Mahapragya who made training people in nonviolence his life's mission. Perhaps you are aware that his birth centenary is being celebrated this year. You will have an opportunity to listen to the views of a galaxy of international scholars, grassroots nonviolence activists and young people from across the world.

Besides these deliberations you may also benefit, if you wish, from two hours practical training in nonviolence in the early morning every day. Those who are interested in becoming nonviolence leadership trainers it is a good opportunity. If you feel inclined please do register yourself soon. I enclose the revised brochure too though one was already sent last time.        The theme has been reworded to make it precise.
The last date for submission of proposals to speak has been extended to 25th Oct 2019 and the last date for registration is 30th Nov 2019. It is going to be a historic event in that it is the second ever major international conference on nonviolence education and training which we think a must for a long term strategy to prepare morally elevated responsible future citizens for lasting universal peace and a sustainable future.