George Anca - RAMA, HANUMAN, AND US 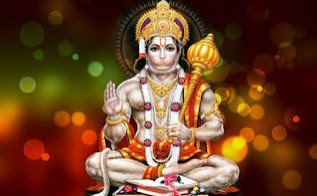 RAMA, HANUMAN, AND US

- temptations as impulses and minimal resistances

Getting out of self as character passage (imitation).

Metaphysics. Return to self.

Not dislocation, but colocation.

Getting out of self; dislocation, no modality: trends (vide) (?).

temptation: form of Roman temptation, combined with a Byzantine one.

Temptation of the North (of the mountain).

Temptation of the South (of the plain, the water, the field and the

4. Balcanic – Byzantine performance (individualism), but with Roman criterium (which

is cared for by the community).

These are the real characteristics that we bear in ourselves.

As synthetic elements of the Romanian:

- the substantial Romanian dimension (qualitative) and the relational French one

- the limits of assimilation of “Slavonic soul”

(does not dislocate the self).

Easiness of dislocation and total amorality (as criteriality) of the dislocated.

- Getting out of himself of the Romanian (Water disturbance).

Therefore, within the soul of this people, there is a temptation of Rome, one of our non-Latin basis, a Greek-Byzantine temptation, one or maybe two Slavonic temptations: a Slavonic-Balcanic one, another of Dostoievski’s Russia. There are also so strong French and German temptations, that they could alienate us. A Polish-Hungarian temptation of pride – especially in Transylvania.

All these temptations historically materialized into political and cultural currents that are important in different times.

And which continue to polarize.

The Rome temptation which generated Romania’s modern cultural history provided us with chronicle writers, religious unity and Latinist school; today it is present in Blaj, with its endless row of canonicals.

The Greek – Byzantine temptation welcomes the Bucharest citizen as well as he reaches Mogo]oaia.

The Slavonic – Byzantine temptation gave us the monasteries.

The revolt of our Tracian basis gave us Lucian Blaga, Vasile P@rvan, Nae Ionescu, the nationalists.

The French temptation? The land ’48 dimension of our whole culture.

The German temptation gave us the Junimea political reaction.

The Russian temptation – the people current and partly, Semănătorul current.

George Anca
RAMA, HANUMAN, AND US

The Ramayana comes into any child’s ear, in school, in Romania, as perhaps everywhere, as a musical name, something so old, primordial, endless tale and prayer, as well as an euphony of the country, of Rome, of Sanskrit beautful ramanya itself. A novelist, Mircea Cojocaru, may have written his second novel, Ramayana, name of a girl in love, with that rememberance of his schooling, but, very probable under some deeper spell, from various lives of his ancestry. His first novel, actually, was entitled The Lie. Ramayana may be the truth, with nama Rama.

Rajagopalachary’s retold Ramayana, in translation, was widely spread and read in Romania, otherwise in parallels to prohibition of spiritual message of India, under Soviet command, pushing only class struggle against zamindars, and, at best, singing Avara. Even before Communism burnt-washed lives-mindes, for 50-60 years, the Vedas, Upanishads, Gita seemed to be closer to Romanian soul and sears than Ramayana, if one doesn’t see in Kamadeva/Eminescu’s arrows also those of Rama, as do I. For Ramleela Ground in Delhi gave me, for some seven years, the simple show of saintness on earth of India and all countries, while tall effigies of Ravana burnt all over India at Dusshera. Discovering divine Rama is to be discovered by Rama, perhaps by grace of mother Sita, with assistance of god Hanuman.

Some Christian monks, entering by chance and curiosity praying Hindu groups, change the name of Rama with that of Jesus, feeling all right in their own law. Professor Satya Vrat Shastri lectured in Ramnicu Valcea on Christ in Sanskrit translations being blessed by local Christian Bishop, Gherasim. I have recited Hanuman chalisa, in Romanian, at Tulsi Ghat in Varanasi, in Trinidad-Tobago, Mauritius, South Africa, but especially in my own country, as a start, with Indologists, students, and any other people. When taken with other jobs, Ramayana conferences, included those unattended, recalled me on right path of Rama, and immediately after 26th January 2004 tsunami, I heard about Andaman Island as being Hanuman’s Island, how damages were less there as under our powerful protector’s care. Dr. Kirinde Assaji, from Gangaramaya Temple in Colombo, who lectured in National Pedagogical Library in Bucharest on Theravada Buddhism, saw the tsunami also as a lesson on impermanence, and, privedely, evoked a mountain in Sri Lanka belonging to Hanuman, while Ravana was imposed, according to him, only recently as a real king whose pallace to be found by archaeologists.

Visiting Bharatiya Vidya Bhavan in Bombay, I was presented by the president S. Ramakrishnan Kamba Ramayanam – an English prose rendering by Dr. H. V. Hande, a disciple of Rajagopalachari (Rajaji), published there in 1996, adding it to Ramcharit Manas, by Tulsidas, I received during Ramayana Conference in India, 1999. Professor Satya Vrat Shastri presented me, in Bucharest, his Sanskrit Mahakavya on the Thai Ramakien, Sriramakirtimahakavyam, published in 1990, closing the circle of time back to Valmiki, with episodes not to be met with in Valmyki Ramayana. Beyond books, I was attracted by the inner universal appeal of Ramayana – “truly Asian epic”, yet to be reminded by genial writing starting with adikavi (fisrst poet) Valmiki (5th century B.C.), in Sanskrit, followed by kavichakravarti (poet emperor) Kamban (9th century) in Tamil and saint Tulsidas (16th century), in Hindi, by poet-saints of India and of the world, for “As long as the mountains stand and the rivers flow, so long shall the Ramayana be cherished by mankind and save it from sin” – Lord Brahma.

“I consider myself to be a human being”, says Rama in Valmiki’s Ramayana, and Sita tells him in the XXIVth Canto: “Even if my life will be in heaven, without you, O Raghava, / O man-tiger, I will not like it.” According to Rajaji, translator into English in verse from Ayodhya Kandam of Kamban’s Ramayana, “Kamban sang the story of Rama, as of God come down on earth to suffer, chasten, upflit, help and guide men”. And so does Tulsidas in Ramcharitmanas:

“By his name of Rama do I worship Vishnu,

lord of all worlds

The all-knowing, calm and sinless,

endless peace to all souls giving,

Served by Brahma, Shiv and Shesh-nag,

known in scripture as all-glori’us,

Lord of angels, in illusive human form the heir of Raghu

Here are some of poetical visions of Kamban:

“When Ganga was able to touch the entire body of Rama, how can any wordly being bathing in Ganga go to hell?” (Ayodhya Kandam. Mother Ganga).

“‘If there is dharma in this world, let Lakshmana be born as my elder brother in our next birth’. Uttering these words, Rama got ready to kill himself with a sharp sword” (Aranya Kandam. Ayomukhi)

“The one who is standing before us with a bow in his hand is God Himself in Human form with none above him”. (Kishkinda Kandam.The slaying of Vali).

“Hanuman had reached Lanka with the speed of Rama’s arrow. As a result, Rama’s fame crossed the sea, crossed the forest, and entered all parts of Lanka, like the moonlight!” (Sundara Kandam. Hanuman explores Lanka.)

“If the grief of a woman separated from her noble lover were to attain a human form, that was Seeta” (Sundara Kanda. Seeta seen.)

“If Rama does not save you from this big prison within a month, then let it be understood that the sins of Rama will transform him into Ravana; and Ravana will be transformed into Rama”. (Sundara Kandam. Choodamani).

“Like karma on one side and enlightenment acquired at the end of yoga on the other, like ignorance on one side and great wisdom on the other, like mighty sinful vices on one side and steadfast dharma on the other, Ravana and Rama opposed each other. It seemed as if the thousand hooded serpent, Adisesha, and the mighty, divine Garuda were facing one another. While Ravana resembled the night, Rama resembled the day. Like victorious handsome regional elephants standing furiously before each other, they confronted one another. Rama and Ravana looked like Lord Narasimhamurti and Hiranyan engaged in battle. They could be compared to Lord Tirumal and Lord Siva trying to find out – prompted by the Devas – whose bow was superior! Lor Siva and Lord Brahma, witnessing the fierce battle between Rama and Ravana from the sky, found their hands trembling. Ravana blew the conch which, during his earlier visits to the eight regions, used to silence the exultant Devas. Though they were still afraid of that sound, they were pleasantly surprised when they suddenly heard the self-generated blare of Lord Tirumal’s divine white Conch, ‘Pancajanyam’. The five weapons of Tirumal, the Disc, the Conch, the Sword, and the Kondandam were waiting on earth to serve Lord Rama! Just as the scriptures could not comprehend the trutful Rama, Rama did not see the weapons though he was the true substance of all the celestials. (Yuddha Kandam. The slaying of Ravana).

storehouse of all virtues,

Well-known as the Son of Wind,

with truly wise ones counted,

serving Rama, him I honour.

Depicted by Kamban as mighty, sagacious, incomparable, “this is not a monkey” (Lanka Devi). Rewritten in Sanskrit by Satya Vrat Shastri, from Thai Ramakien, the first words addressed by Rama to Hanuman are (in author’s English version): “My wife has been carried off by the vile demon Ravana. In this matter render help to me”. (Sriramakirtimaha kavyam.Canto VII – The episode of meeting with Hanuman).

“There is only one amongst us who can do it and that is Hanuman.” (Kamban, Kishkinda Kandam. The Mahendra Mountain). “Are you Hanuman?” I was asked in Durban, by a young man, as my Romanian version of  Hanuman Chalisa was evoked publicaly.

We are, indeed, in the situation of Hanuman, waiting to meet God Rama, to serve him, and to be asigned by him to look after our fellows, like in Kamban’s lyric Ramayana. “Tulsi, one never  knows any more if the Ganges still feels the taste of the ashes”.

I asked a few students to speak on ‘Rama, Hanuman, and Us’. Among answers noted on the spot: also we are Rama and Hanuman, Sita and Hanuman;  Rama is God, Hanuman is human power, Sita is the mankind, we are the part which  makes whole the whole (Claudia Gurau);  God the Father can be seen as Rama, and Hanuman as Christ or Mohamed (Augustin Mitcu);  we may all wish to reach ‘the profound spiritualisation of the human’, the crown of divine aura (Minodora Milea); Is it the removal of light on another face of divinity due to the arrow? (Sorina Vissarion).

Sources (in order of quotations):